fueled by coffee and fantasy

(I’m a second language speaker. I did my best on this piece, but I know that the commas are in the wrong places for English, so please don’t mind them. Hope you can still enjoy the story.)

»No, you do not understand: I can not go.«
»We bring, you go«, said the half-troll with a rumbling grunt.
He omitted words, but not the important ones usually.
»I have to agree with my associate«, said the master thief. »You signed the contract and I would highly recommend to fulfill it. Mother does not care for disappointments.«
The accountant broke into a sweat. The fear of the city’s most infamous crime overlord … er … overlady, ran deep. Even with the non criminal portion of the citizens.
»No, of course, I don’t mean to … I … you must understand … it’s a … problem.«
The half-troll raised two – just barely not connected – impressive, bushy eyebrows. »No sense making.«
»Right?«, the thief agreed, cleaning his nails with the tip of a very, very sharp looking dagger. »Mate, you are in neck deep. So you better don your coat and let’s be on our way.«
The accountant eyed the dagger nervously. He knew, the master thief part timed as assassin. Probably looking for a promotion and a change of carreer.
»I have lost it«, he said slumping. »I can … not leave the house.«
»You lost it alright«, agreed the thief walking towards him. »But you can and will leave the house and right now too.«
That was when the accountant started to cry. »But I lost my umbrella!«
The thief stopped in his tracks. »You what?«
»My umbrella. It’s gone.«
»It’s not even raining!« The thief looked at him in disbelief. »What is your problem man? Are you … you know … did your mama let you drop on your head or something?«
»No, of course not!« The accountant was miffed by the suggestion that his mother would have been anything but wonderful and caring. »It is a lucky umbrella. And if I don’t have it with me the sky will fall on my head.«
A low rumbling sound came from somewhere. An earthquake? A landslide? Then the accountant realized what it was: the half-troll laughed. His belly shook and tears ran over his rutted stone like cheeks. Soon a high wheeze joined the rumbling laughter and then it stopped all together.
»Funny«, said the half-troll. »Go. Now.«
He grabbed the accountant by the neck and shoved the struggling man out of the door. The thief followed quietly, shaking his head.

As far as commissional work for crime overlords goes, this one hadn’t sounded too bad. Some pesky little money problems, which were entirely – well almost – not the accountant’s own fault, made him sign the contract.
A little breaking and entering, that was the job of the thief and the half-troll, to find the books of a rivaling crime boss. From that point on it would be all numbers and what they could tell an accountant who knew his trade.
About that part he didn’t worry. Numbers were good. They were easy to understand, they behaved. Never did unexpected things. 2 and 2 was 4. No matter what. No worries there. That the information from those books would help Mother to cement her grasp on the city … that was probably a reason for concern. But the accountant was too busy worrying about the sky dropping on him – and with being dragged along by a seven foot moving pile of stone, followed by a barely visible but doubtless deadly shadow.
»But it was a prophecy«, he tried to explain once. Not much to his surprise no one cared and he shut up. That was proof enough: Without his lucky umbrella, he ran totally out of luck.

»You here«, said the Troll and put the accountant against a wall.
»I guess you should be safe now from any falling skies«, said the thief with a sneer. »Just wait for us to … clear the way.«
The accountant nodded numbly. As if the bit of overlapping roof could hold off the sky. His fate was sealed. He was done for. That was that. He would’ve loved to turn 25 in a few days, but now it was not going to happen.
Tho … he looked up. The stars were mostly visible, a few clouds passed by, the night was moonless and the sky did look as if it was locked firmly in place. But one never knew. The prophecy had been clear and those things never failed.
The accountant’s shoulders sacked. Good bye world, he thought. It was nice knowing you.
»Waaaah!«, he screamed in surprise as something grabbed his arm and pulled him quickly inside the door. A big, heavy and rough hand closed on his mouth. Followed by a chiding rumble.
It was just the half-troll. The way had obviously been ›cleared‹ and now they needed the accountant. He stumbled over the body of a watch and gulped.
»No one said anything about killing anybody!«
»Will you be quiet now?« said the thief in low threatening voice. »Or I will silence you. You do not need your vocal chords for accounting, do you?«
Pale and a bit sick to the stomach, the accountant shook his head. »No, sir«, he whispered politely. Even if the sky would drop on him later, he prefered to be in prime screaming condition when it happened.
»Fine, then on we go.«

The accountant hunkered over the books. Focusing on the numbers helped him to ignore his impending gruesome end. The half-troll, after almost toppling over a bookshelf in the small office, was sent outside by the thief and kept watch.
Talking of the thief … He was not in here either. He went off on some ›private‹ business, as he explained. The accountant assumed that meant he would rummage through anything valuable, being a thief and all. But when the city’s clock tower chimed three in the morning, the accountant looked up. Where was everybody?
Reluctantly he stood up and peeked out of the door. No troll, half or otherwise, in sight. No thief. Nothing. That was strange.
»Hello?«, he whispered, expecting the thief to show up out of a shadow and shush him. But nothing happened. Had they left him?
No that was highly unlikely. The contract had been very clear about the begin and the end of the work that had to be done to consider it fulfilled. And that meant, they had to deliver the young accountant and his – hopefully satisfying findings – to Mother herself. Anything else would result in her being … um, disappointed. And nobody wanted that to happen.
Against his nature, driven only by the fear of the unforgiving crime lady, the accountant started to explore the mansion. Reluctantly he peeked around corners and in hallways and much to his chagrin found more dead bodies. The previous owners: the half-troll and the thief. That was not good. That was so not good. The accountant tried not to scream. He did not want the attention of whoever did this. Slowly he retreated … or wanted to. Something from above hit him and he lost briefly consciousness.

Someone slapped his cheek and not gently at all.
»Hey, you! Are you dead?« Another slap and he opened his eyes.
»I … I do not think so. Wait? What … who?«
He stared in the slightly greenish tinted face of a forest fae.
»Hrngh?«, he asked not very eloquently.
»Oh good, I thought I might have broken your neck or something. Do you work here?«
She offered him a hand to help him up.
»N..no?«
»Is that an answer or a question, pretty boy?«
»Huh?«
She sighed and rolled her eyes a bit. »I will use small words.«
And obviously a weapon. She drew a very elegant, narrow blade. The metal shone with an enchanting pale glow: moonsilver. Those things did cost a fortune.
»I came here to rob the place, so do we have a problem?«
»No?«
She shook her head exasperated. »What is your problem then?«
»I was … I have a contract.« He stumbled over his words, pointed at the bodies. »Did you kill them?«
»No, of course not. I saw someone else running out, before I got in. Guess it was them. I just came here to find some things … anyway, none of your business.«
Oh what a mess, what a horrible, horrible mess. Mother would kill him, when there was a crew doing stuff and all but one got killed, that did not look good for the only survivor and Mother made sure that person would not be a survivor for too long and everything was really horrible and, oh gods, he did not want to die, losing lucky umbrellas and breaking contracts be damned and … when he saw the wide eyed look on the forest fae’s face, he realized he had said all of this out loud.
His cheeks burned in embarresment and probably a bit from the previous slapping.
Something rumbled in the house and both of them snapped to attention.
»Sounds like another break in, I swear there is a real party going on in this mansion tonight«, the fae mumbled.
»Can I help you?«, asked the accountant desperately. He saw a slim chance to escape this mess. No human could pass through the woods to the north without being accompanied by one of its inhabitants. Not even Mother. Maybe she decided that he was not important enough to bother with the long route around.
The fae glanced at him. »What could you possibly do to help me?«
»I don’t know. What are you looking for?«
»Something they stole from us. Some … special jewelry.«
»Have you searched for it?«
Her face dropped. »I did.«
»And you did not find it, right?« Confidence came back to him. »They don’t keep it, you know? The things they steal. They sell them.«
The fae paled. »Sell?«
He nodded. »Immediately. Never keep hot goods.«
»Then it’s lost«, she whispered. »I have failed my queen.«
She turned so pale, she was barely green anymore.
»No, no! Not necessarily. Agree to get me out of this city when we are done. Grant me safe passage through your woods, and I help you hunting down your possessions.«
»You can do this?« She pointed at him head to toe with her dagger. »Forgive me, you do not look very … criminal.«
That should have been a compliment, right? But it sounded like he had disappointed her and he felt the need to defend himself and prove his value.
»I am no criminal. I am an accountant.« Some pride crept in his voice.
»And how would that help me?« she asked, the doubt clear in her words.
»Because«, he said and started to grin, »they have very tidy books and I know who the buyers are.«
Her face lit up. »You can lead me there?«
He nodded. Then both of them startled when another door was broken open.
»We should leave«, he suggested.
»Agreed.«
»Do we have a deal?«
»We have a deal«, said the fae. »What’s your name? Mine is Sky.«
It was very hard to sneak out of the house, while suppressing a laughter of relieve. So the Sky did fall on him. And it was not all that bad. Who would’ve guessed. 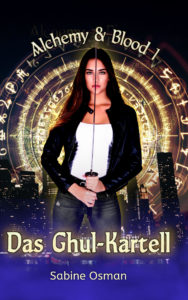 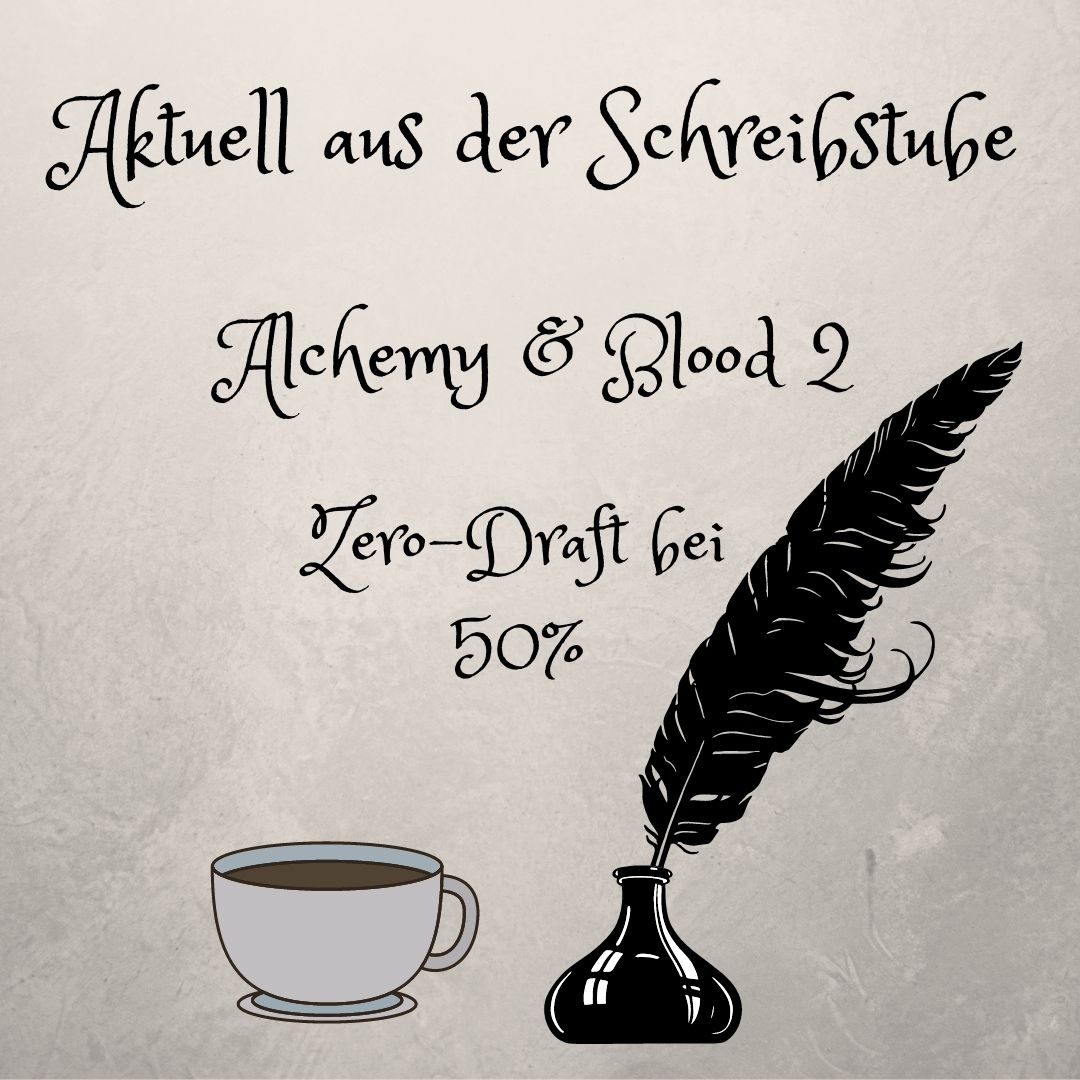